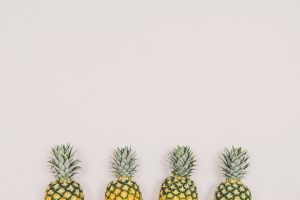 Born and raised in Mexico City, Andy has lived and worked in Europe, Latin America and the U.S.A. Andy has an immense multi-cultural background and now resides in Atlanta, Ga. Andy has extensive experience in hotel management, development, renovation and development of Resort Communities. The breadth of his experience spans more than thirty years, with three of the industry’s leaders. For eighteen years, Mr. MacLellan worked his way through the ranks of Westin Hotels and Resorts to achieve the senior officer position in the management of the Resort Division.

After developing the award winning Westin La Paloma in Tucson, Arizona, Andy created the resort division for Westin by putting together world class resorts such as the Mauna Kea, Hawaii, The Arizona Biltmore, Phoenix, Las Brisas, Acapulco, Mexico, Las Hadas, Manzanillo, Mexico; and the Westin Kauai, to name a few.

In 1993, Andy founded The Austin Lomas Group (ALG) for the purpose of acquiring and managing hotels to take advantage of the rebound in the hotel industry.  ALG owned and managed 11 hotels and was a partner with Robert Redford in the Sundance Resort, Sundance Utah.

In 1995, Andy founded Scottford Enterprises, L.L.C. as principal owner and organizer. Scottford Enterprises was contracted by the Atlanta Committee for the Olympic Games to provide accommodations services for the HOST Campus Network at residence facilities that included all Georgia colleges and universities, the Georgia International Horse Park and Atlanta Union Mission. Scottford converted these facilities to accommodate approximately 13,000 officials, press, staff, volunteers and other guests during the Olympic Games Period.

In 1998, Andy was named President and Chief Operating Officer of Dolce International, the global leader in the Conference Center Hotels & Resort business. After joining Dolce, the company grew from 10 hotels to 27 hotels, resorts and conference centers and was represented in 8 countries with revenues topping $300MM annually. In 2001, Andy was named Vice Chairman and Chief Operating Officer and in 2002, he moved to Paris to further the growth of the Dolce International in Europe. During his tenure, Dolce established itself as the premiere Conference and Resort Destination Company in Europe. Dolce is the only International Company that specifically targets the large multi-national corporations for conference business. By the end of 2004, Dolce had 8 hotels and resorts in 5 European countries; Dolce posted net operating profit growth year over year in spite of a decline in the industry.

Most recent projects include:

In addition, Andy was co-founder of Griffin Realty Advisors, a value add Real Estate fund that he sold to Jamestown Properties in 2008.

For the past 30 years, Kevin has brought creativity and innovation to a variety of roles in sales, marketing and executive leadership. A gifted communicator, he has worked as a trainer and consultant for companies like Merck Pharmaceuticals, Travelocity, National Geographic, CNN, Sysco and more. He has served in executive leadership capacities in the for-profit and not-for-profit arenas where he has successfully led both start up and turn around initiatives.

In 2012, Kevin led the team that designed and developed the first of its kind sales management, assessment and coaching software that has since been adopted by companies like Blue Cross Blue Shield, Travelocity, MetLife and others.

Kevin and his wife Donna live in Atlanta, GA.

Bill brings with him more than 25 years’ experience in the hotel and resort industry, working with internationally recognized brands such as Westin Hotels and Resorts, Sheraton, and notable independent luxury owners and operators. Bill has spearheaded new-build resort openings, and led diverse properties ranging from large international projects, to ultra-luxury projects serving only elite level international guests. Bill has worked in developing countries, especially those in the Caribbean region, and has gained in-depth experience leading properties forward in complex environments. His experience leading design development processes, coupled with his experience in the hospitality industry, has enabled him to ensure that design, planning, and development ultimately has led to an effective, and profitable, product. He is results-oriented and driven to realize maximized asset return, with a hands-on approach that engages all aspects the owner’s asset.

Bill and his wife Toni enjoy being involved in the community, where Bill has lead several community groups, been nominated Director on several occasions, and has most recently served as Chairman of a vibrant not-for-profit company in the community of his latest project.

Scott MacLellan has over 15 years experience in the hospitality industry.  Scott took part in the Management Trainee Program at the Four Seasons Hotel Atlanta and assisted the Housekeeping department in the opening of the InterContinental Buckhead in Georgia.  Since that time, Scott has worked for a local DMC and in 2011 partnered in ownership of a Event and Transportation Management Company based in Atlanta